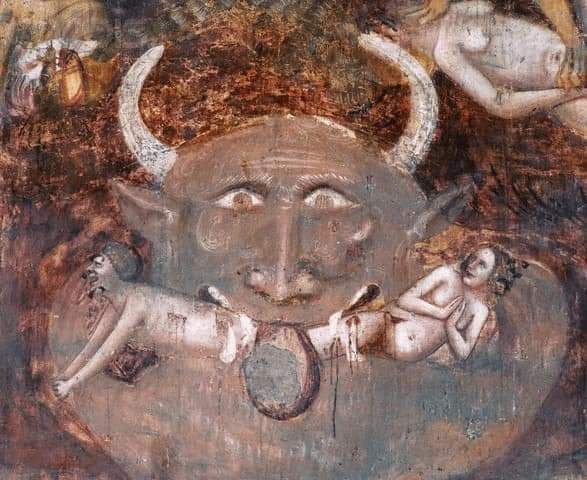 What is the difference between a science fiction writer and an ordinary liar? A good science fiction writer comes up with events or plots for his books that have never happened before in the history of mankind. Talented authors in their books seem to predict the future, often as if it “leaves” the pages and is reproduced in real life. Fantastic tech advances become commonplace a few years after the book was written.. Sometimes - after tens, and even centuries.

Ordinary, everyday, a liar - just lies and that's it. Without inventing anything, but simply distorting the real facts from one's own or the surrounding life. Such a lie looks funny, some kind of "childish", but does not cause much harm.. Therefore, it is perceived by others as a kind of "fun", from which everyone can "fence off" themselves, simply by ceasing to communicate with a liar.

It is much worse when a deceitful person uses his own lies not even for any benefit, but, first of all, with the aim of harming others. Such a person gets painful pleasure from the slops that he pours out on his acquaintances (and even those who are not familiar to him) people. And this is already a pathology, one of the symptoms of a mental disorder.

But when the authorities of the whole country act as such a mentally ill liar, then this is already over the edge.. The informational basis and accompaniment of the criminal war that the Kremlin launched at the end of February against Ukraine has become a “model” of propaganda dirt, with the help of which the dictatorial authorities of Russia are trying to cover up their own baseness and insolvency. Having no real chance of victory over Ukraine and realizing that defeat in this war will be the end of Putin’s Kremlin, the Russian authorities resort to such lies, which are already completely at odds with common sense and more like a product of true delirium of brains distorted by an incurable disease.

Since the beginning of the aggression, we have already heard about "Ukronazism" and "Bandera". Already tired of "management of Ukraine by the totalitarian West". Somehow the "American biological laboratories" with fighting cockroaches and pigeons have lost their relevance. "Crucified Boys" and "Yarosh's business card" also set the teeth on edge even to the internal consumer of the Kremlin's lies. But the "powerful brains" of the Kremlin creatives are not ready to give up. New portions of lies in their compliance with psychiatric diagnoses surpassed everything that was before ...

As a “lifeline” the Kremlin seized on its own stupid fiction about a “dirty bomb”, which Kyiv is already ready to use on the territory of Ukraine in order to accuse “white and fluffy Moscow” of this terrible crime. The lie is as "transparent" in its essence, and just as threatening, given the Kremlin's obsession. Putin is "smart enough" to commit this terrible crime with a cry of "we warned you!"

Even realizing the absurdity of such statements, the Kremlin cannot stop. On the contrary, another lie becomes the basis for even more lies.. “Well, who, no matter how “Satanists” can be so bloodthirsty to drop a “dirty bomb” on their own territory and destroy millions of their own citizens!” Probably, the Kremlin liars were guided by precisely such thoughts, publishing a new, completely crazy information construction “on the mountain”.

The “entire” Secretary of the Russian Security Council Alexei Pavlov “discovered” “hundreds of sects” in Ukraine and noted that the “landing” of Ukraine is one of the main tasks of the “special operation”. Perhaps the next step now Gundyaev should announce a "crusade against satanic filth"?!

Did the abomination that violated almost all the Commandments of Christ "consider the signs of satanism" among Ukrainians? Is it the unbending will to win and the courage of the Defenders of Ukraine, which the enemy cannot break even with the threat of using a “dirty bomb”, is perceived by the invertebrate Russian society as a “satanic obsession”?!

So let it be. We are truly "obsessed"! Hatred for Russian criminals led by the bunker "Satan" and a thirst for revenge for thousands of brutally murdered civilians! Therefore, the bloody Kremlin has something to be mortally afraid of, because our “obsession” will get everyone who is involved in crimes in Ukraine.

Get it and punish! Cruel! Exactly as real Christians should punish those who embarked on the path of the Antichrist, who settled in the body of an elderly dictator in the very center of the new "Evil Empire" - Putin's Russia!

It's time to dispel another Kremlin lie that could cost...

It's time to dispel another Kremlin lie that could cost...