Where is the promise? 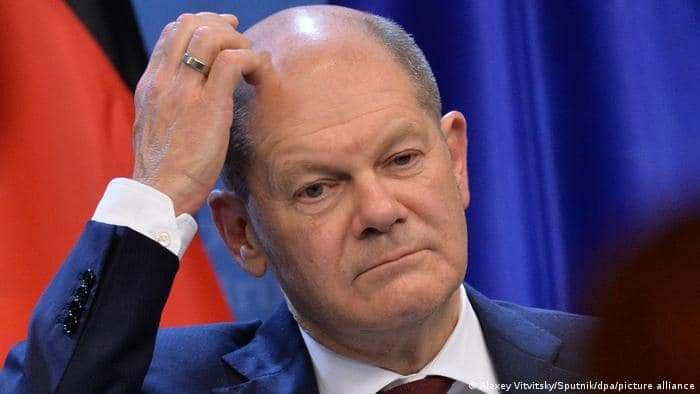 Now in the Donbass, a possible further course of events is being decided in the confrontation between the Ukrainian defenders and the arrogant enemy who broke into our land on February 24. If it were only about courage and self-sacrifice, then Ukraine would have long been cleansed of the invaders, having driven the remnants of the half-destroyed invader beyond its sovereign borders.

Having practically parity in "manpower" with the enemy, the Ukrainian Armed Forces, unfortunately, are inferior to him in the technical means of warfare. There is a shortage of heavy weapons that would allow a powerful offensive to destroy the occupier and liberate the temporarily occupied territories of Ukraine.

Therefore, Ukraine is forced to wait for the deliveries of heavy offensive weapons promised by international partners, trying to destroy the enemy’s military plans and restraining him from further advance deep into the territory of Ukraine.

The main task that is now facing the command of the Armed Forces of Ukraine is to save the lives of their soldiers as much as possible.. In no case now is not necessary to win "at any cost." The time will come, and we will definitely return to Ukraine those towns and villages that we are now forced to leave! It is necessary to wait a bit until the collective West fully understands the level of the Russian threat to all life on the planet and breaks the resistance of individual politicians who are either hesitant or afraid to provide Ukraine with powerful new weapons.

Russia is making every effort to introduce contradictions into a single consolidated anti-Putin position of the countries of world democracy. The oil and gas “needle” is being used, on which the Kremlin has long been “hooked” by most European countries. Blackmail is actively used by the possibility of a global food crisis, provoked by Moscow through the blockade of Ukrainian seaports.

These are powerful and understandable to everyone "trump cards in the hands" of Putin's power, with the help of which Russia still manages in a certain way to restrain the military assistance of the international community that is so necessary for Ukraine. Ukraine, together with its partners, is looking for and will definitely find an opportunity to neutralize the threats and blackmail of the Kremlin. Problems that have their own solution are quite understandable.

It is much worse when everything practically depends on the specific person of a certain politician who, despite loud political statements, interferes with the provision of full-fledged assistance in the fight against a common enemy.. At least - pan-European.

German Chancellor Olaf Schelz said that 100,000 hand grenades and more than 5,000 anti-tank mines have been delivered to Ukraine. Thank you! But is this exactly what Ukraine needs so much? How to go on a powerful offensive with the help of some hand grenades? The answer is obvious - no way. And the delivery of heavy weapons, thanks to Mr. Chancellor, is constantly being postponed or completely excluded.

Contrary to the consolidated position of the German Bundestag, which supports the provision of heavy weapons to the Defenders of Ukraine, everything ends only with populist promises. Why is the Kremlin “holding” Scholz so tightly that he is trying to “not anger” Putin in any way?

Recently, information has appeared in the media that may provide an answer to this question.
Everyone has almost forgotten about the huge financial scandal that happened around the bankruptcy of the financial company Wirecard, which was able to "finish" 1.9 billion euros in its financial statements.. For many years, the company deceived auditors, including the German financial regulator BaFin, which is directly subordinate to the Ministry of Finance. And the Minister of Finance of that time was Olaf Scholz.

Both former German chancellor Angela Merkel and her then deputy and finance minister Olaf Scholz were witnesses in the parliamentary investigation into the wirecard fraud and bankruptcy scandal. Both refused to take political responsibility for Germany's most post-war financial scandal, which cost shareholders at least 20 billion euros, the price Wirecard was worth before it went bankrupt.

Or did the Ministry of Finance turn a blind eye to the dirty turnovers of Wirecard for "just like that"? German justice has no direct evidence of the possible involvement in the machinations of Mr. Scholz. But the story doesn't end there...

One of the leading managers of Wirecard, the former chief operating officer of the payment system, Jan Marsalek, turned out to be a GRU spy and, in the midst of the scandal, was able to escape to Russia, taking with him almost the entire Wirecard archive, which contained confidential information on all sorts of "sensitive" payments. That is, a lot of money that Wirecard spent on its needs. Including - and lobbying and protection of their own interests.

Now the German press is speculating that Scholz's "weird" behavior in withholding aid to Ukraine may be due to the Kremlin keeping the archive to itself.. And “in the hands” of Putin could be facts confirming the “non-selfishness” of the then Minister of Finance Scholz in the Wirecard case.
Whether this information is reliable and whether such reflections are justified, time will tell. But the behavior of the German chancellor, who is practically trying to protect Putin's Russia from hastening a crushing defeat, is 100 percent incomprehensible, makes one really suspect that Putin has powerful "levers of influence" on one individual European leader.

On which, unfortunately, the course of events significantly depends, including in the Donbass, the defenders of which so lack the assistance promised by Mr. Scholz with heavy weapons!