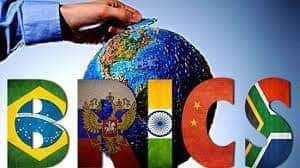 Over the past three months, the world has become increasingly polarized. The distribution of the modern world community into two large camps is already quite clear and understandable: the West and the Non-West. The confrontation of practically two worlds, which intensifies and aggravates the criminal war of Russia against Ukraine, has led to a fairly clear delineation of world countries into those who have chosen the democratic “Western” path of development and others…

If everything is clear in the first camp, then the second camp, despite Putin’s dreams of leading the so-called “anti-Western coalition”, is rather heterogeneous in its composition and the goals that certain countries set for themselves.. The IX Summit of the BRICS countries, in which Putin places his greatest hopes for desirable allies, made it clear that the only reason why the BRICS countries take an “anti-Western” position is not love for Russia or Putin personally, but an attempt to play a more active role in world processes on the basis of a multipolar world.

India, Turkey, Iran, South Africa, Brazil, Mexico, the United Arab Emirates, Saudi Arabia and other countries, against the backdrop of increased competition between the United States and China, are looking for ways to strengthen their regional and global positions outside of traditional, predominantly Western organizations and institutions.

These countries are trying to remain neutral and do not support any of the parties to the armed conflict between Russia and Ukraine. It is much more profitable for them to strengthen their own positions on the world stage, using the crisis caused by Russian aggression.

Western sanctions against Russia have seriously unbalanced the world system, which made some other countries question the reliability and consistency of the Western financial and economic systems that dominate the global space.. This led to the intensification of talks about the need to create alternative, independent financial, economic and geopolitical entities, protected from US influence.

No matter how hard Putin tries to put on a “good face on a bad game”, economic sanctions have significantly weakened Russia and significantly reduced the level of confidence in it as a “leading player”. Russia is already at a fairly average level with a significant tendency to lose and cannot claim the role of leader. Putin's loud statements at the 9th BRICS Summit are intended, first of all, for an internal audience that the Kremlin is trying to convince that Russia is not alone in its confrontation with the West. And that besides Eritrea, she has many other "powerful partner countries."

In fact, Russia, which is not able to offer the BRICS countries social innovations and the latest technologies, is of interest to "non-Western" countries only as a resource appendage, a supplier of cheap raw materials and energy carriers.

China, which chairs the BRICS this year, in addition to the leaders of the participating countries, invited the leaders of Egypt, Nigeria, Senegal, Argentina, Kazakhstan, Indonesia, Saudi Arabia, the United Arab Emirates and Thailand to the summit.. It is this format of presence that Beijing considers necessary for a gradual transition from Western dependence to the creation of an alternative system of global influence. Such a wide coverage of countries further blurs the role of Russia and does not allow it to “privatize” the levers of process control.

In addition, Beijing openly announced the possibility of joining the BRICS countries with an average income level of the so-called Global South. Therefore, Russia becomes important, but one of many. And its personal interests will not be protected at the expense of all other participating countries.

Russia cannot even offer itself as a leader in its region, confirming the eloquent statements of the President of Kazakhstan in St. Petersburg at the economic forum. This role has been almost completely taken over by China.

Unlike Russia, which "dreams" of building a vertical system of its own dominance on the world stage, China is forming horizontal regional partnerships based on existing pan-regional associations and platforms. This approach makes it possible to unite all conditionally "dissatisfied" with the Western system and create a multipolar world.

The status of Russia in this “new” world primarily depends on how it will “come out” of the war against Ukraine. The fact that it is not a “winner” is already completely clear.

But the degree of destruction of Russia depends on how long Putin's demoniac regime will try to continue the criminal war. The longer Russia will submit to a dictator with a headache, the less chances it has to take at least a more or less decent place on the world stage of the future.