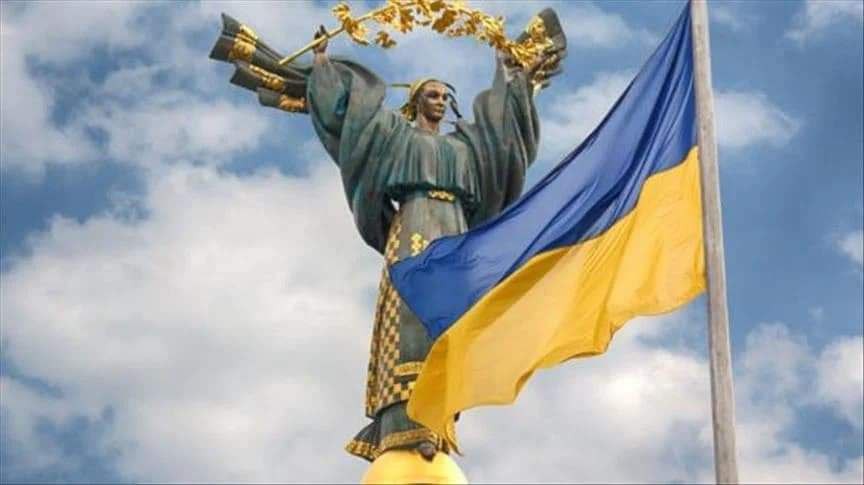 The 150th day of the war is approaching ... A sad and terrible "anniversary". Five months of anxiety, explosions, losses, tears, victims. Five months of selfless labor of the entire Ukrainian nation to defeat an extremely insolent enemy who arrogated to himself the right to decide the fate of other people. Who will live, who will die...

To the surprise of the bloody Kremlin dictator, we survived. The Ukrainians were able not only not to kneel before the “unfortunate asvabadists”, but also to give a crushing slap in the face to the “second army of the world”, which, not expecting such a rebuff and a hundred thousandth loss of destroyed and crippled soldiers, was forced to switch from “blitzkrieg” plans to "protracted positional war of attrition".

Through its own misfortune and bloodshed, Ukraine won the right to become a real Defender of World Democracy in the struggle. Not being a member of NATO, Ukraine created a real powerful European Army, which was able to prevent the spread of the Kremlin infection throughout Europe and the whole world.. Such an Army, which the entire North Atlantic bloc failed to create in a decade. Not even a member of the EU, Ukraine is the only country that has now independently assumed responsibility for the calm and peaceful life of Europeans.

Yes, our partners help us. And for this I thank them very much.. But any weapon, any equipment is just a tool, thanks to which Courage will more quickly pray to the Horde. The support of friends is very important, but it is the Ukrainians who are at the forefront of the blow against the Muscovites. It is their blood and sweat, courage, dedication and dexterity that make the enemy flee, leaving thousands of tons of orc "meat" and scrap metal.

During 150 days of bloody confrontation with Putin's war criminals, Ukrainians gained the main thing - confidence in their own strength and victory. Ukraine has become the leader of the world democratic movement and a model for hundreds of millions of people around the world of the inevitability of the victory of Good over Evil, no matter how strong and terrible it may be.

What did Putin and his "citadel" get from their insane criminal aggression? An international blockade and sanctions, the destruction of the economy and the social sphere, a catastrophic demographic crisis, contempt on the part of the world community in relation to the whole nation of Russians? Was it worth the consequences?

The only thing that is rapidly progressing in Russia after the start of the criminal war against Ukraine is cemeteries, the number and area of which is rapidly increasing.. There are not enough places even if only a small part of the criminals is sent to Russia with cargo-200. The Horde does not even clean up its own biological garbage, into which tens of thousands of Horde members turn.

And yet, perhaps, the import-substituting Russian auto industry, whose capacities are aimed at the production of "coffin" frets and priors. “Thanks to my grandfather for the victory, and to my son for the car!”

We believe in our victory. But before her, so desired and desired, is still far away. Too much pus has fallen on Ukraine and it takes time and concentration of all forces to clean it up. Even - the last, but - to the end, to the Victory!

There are difficult days and months ahead. New worries and new losses. New economic threats that inevitably accompany war. A miracle will not happen, no matter how much we would like it. No one, even the kindest and most decent Biden or Johnson, will pull out a magic wand and destroy the Horde cloud that is trying to outshine the Ukrainian sun with one wave. The real world is far from fabulous. He is cruel and scary. Especially in loneliness.

Thank God, Ukraine turned out to have a lot of friends. And we ourselves, with their help, are able to perform a Miracle, which is already gaining signs of absolute reality.. We will win! No matter how hard and painful it may be for us, no matter how thorny path awaits us ahead.

We can! Because we are Ukrainians!

Truth, Strength and God are with us!