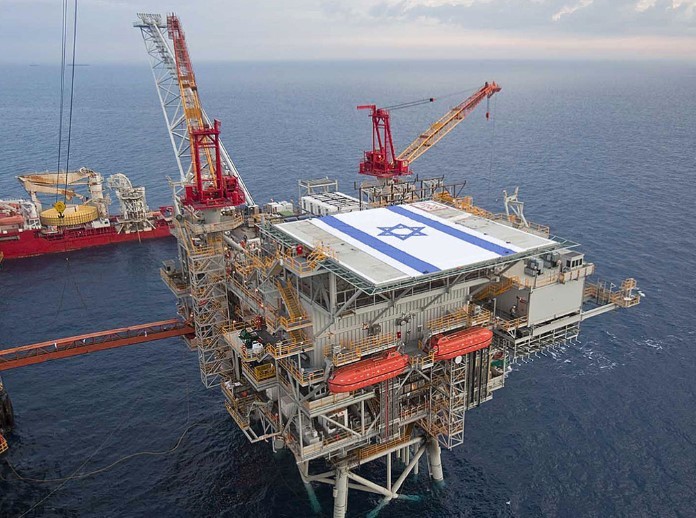 The Israeli authorities plan to become suppliers of natural gas to Europe, for this the country has increased gas production by 22%.
This is stated in the report of the Israeli Ministry of Energy, writes Bloomberg.

According to the agency, production increased to 10.85 billion cubic meters compared to the same period last year. Most of the volume came from the Tamar and Leviathan fields in the eastern Mediterranean.

At the same time, exports to Israel's neighboring countries increased by 35% to 4.59 billion cubic meters. And the royalties paid by mining companies to the state increased by 50% and reached 829 million shekels ($253 million). Almost all of this money was received for gas.

Israel is ramping up production as European countries search for blue fuel around the world, and energy prices on the continent hit record levels. Earlier, the European Union decided to refuse supplies from Russia as part of the sanctions imposed for the invasion of Ukraine. However, this is not yet possible.

In June, Israel signed a memorandum with Egypt and the EU to increase gas production and exports in the region.. The fuel will be shipped to Egypt, which already receives the bulk of Israel's gas exports, and then redirected to Europe.

Energy Minister Karin Elharrar said the increase in production in the first half of the year would help Israel sell its gas to the EU under a tripartite agreement, adding that production would continue to rise after the Karish drilling rig began operations. Energean Plc, which owns the rights to the Karish field, plans to start development before the end of September.

Earlier, Gazprom decided to once again suspend the pumping of gas through the Nord Stream for three days from August 31. The company attributed this to maintenance.

The pipeline has been operating at just 20% capacity for weeks now, and European politicians believe the restrictions are political.

On the afternoon of August 22, the price of gas reached $3,024 per thousand cubic meters. Thus, exchange prices for blue fuel in Europe for the first time since March exceeded $3,000.

Ukrainian scientists have created a hemp variety that c...

The first tranche of 500 million euros is already in Uk...

Ukrainian scientists have created a hemp variety that c...

The first tranche of 500 million euros is already in Uk...