Expert: Putin's threats to stop the export of grain is an attempt to move back to the negotiation process 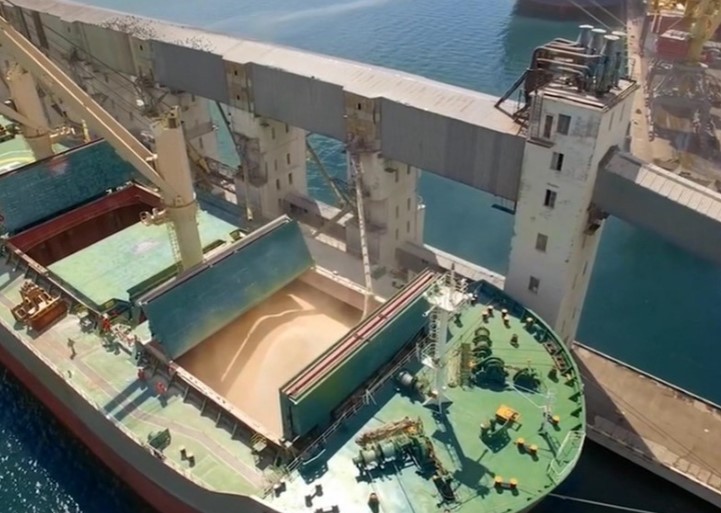 The head of the aggressor country, Putin, said that the grain that is exported from the occupied Ukrainian ports goes to rich countries, and the poor do not get it. In this regard, he intends to limit the export of food. According to Putin, only two of the 87 ships that left Ukrainian ports were loaded in accordance with the UN World Food Program, which provides assistance to the poorest countries.

As Pavel Koval, Director General of the Ukrainian Agrarian Confederation, explained, in fact, ships chartered before Russia’s invasion of Ukraine are leaving the ports, and Putin’s next threats are an attempt to re-enter the negotiation process with Ukraine.. He is trying to achieve the same goal with the help of shelling of the ZNPP.

“When these grain corridors were opened, I expected that such provocations would be even earlier. To date, about a hundred merchant ships have left these three ports, exported a certain amount of grain and processed grain and oilseeds. A small amount of products went to African countries, but no one was obliged to export only to the countries of North Africa. It was about those ships that were chartered before the start of the war, and these were different countries. A significant part of these ships went to Turkey, because there are old contracts with the Turkish side, which provides for the supply of raw materials for further processing,” Koval explained.

According to Koval, processed products, such as wheat flour, are supplied to those countries that suffer without Ukrainian products, as well as without Russian and Romanian ones due to blocked supply opportunities. This, for example, Libya, Syria or Iraq.
Putin's information about two ships out of 87 that went to poor countries, Koval calls untrue. According to him, the first ship that was supposed to come to Tripoli, in the end, albeit with obstacles, but reached its destination. Now several ships are sent to African countries, but again - in accordance with where they were chartered:

“I know that several ships with about 26-27 thousand tons of wheat will be delivered to African countries in the coming days. Where the ships were chartered, there they go. Lavrov said that we agreed on the supply of grain to poor countries. We did not agree on this, we agreed that we would open a corridor for international trade, and business decides where to supply agricultural products. A significant part of the ships goes to European countries such as Spain and Ireland, and the top ten were deliveries under contracts signed before the war. Ukraine definitely did not redirect its products to rich countries due to the fact that we have a war. These contracts were concluded before the start of the aggression, and we service the old contracts and charters. To date, about a hundred ships have already left, about a hundred are moving in our direction and are still waiting for there to be no further escalations and provocations,” Pavel Koval said.

According to Koval, Putin makes such statements in order to force Ukraine to enter into direct negotiations with Russia, to create an appropriate platform. He is trying to do the same with the help of the Zaporizhzhya NPP through the IAEA, "which he controls, he also wants to create a direct platform for negotiations, but so far he has not been able to do this." The expert also believes that the Russian authorities want to make money on their own exports by limiting the supply of Ukrainian grain - this year Russia has a good wheat harvest.

“I think that Putin sees that the front is crumbling in several directions, plus our prisoners were taken in the Zaporozhye region. He is very afraid that our troops will take one of the most important directions in Vasilyev and cut the southern grouping on the left side of the Dnieper - then the front will crumble completely, so he is looking for opportunities for negotiations and does not find. I see nothing here but politics, which the aggressor is also very bad at. Zelensky said on the air that negotiations can only be held after the release to the borders until February 23. That's when you can discuss the issues of Crimea, Donetsk and Luhansk. What to decide now? Regarding the occupied Kherson and Lugansk lands? We do not see the need for such negotiations, although Putin understands that the Ukrainian side is most interested in ending the war, and he will manipulate this, but so far he is losing this tool, ”summed up Koval.